A History Of Radiology From Your Imaging Experts Part 2

For as long as we have possessed the ability to think and explore, humans have worked to learn how their bodies work. What the body holds and how it functions has motivated individuals to dedicate their entire lives to the study. Modern technology not only makes looking inward easy, but has now become a regular process for ensuring that all internal parts are as they should be. If you are here seeking quality Pittsburgh imaging services, look no further! North Pittsburgh Imaging Specialists is here to provide affordable imaging to our Pennsylvania patients. No matter your reason for diagnostic medical imaging, our specialists are here to provide quality care that aims to provide the best experience possible. The science behind radiology is fascinating, and the history surrounding it is enlightening, to say the least. Today, we’ll continue from last week’s blog that started to look at the history of radiology.

As the demand for diagnostic imaging rose, so did the dangers. Since its introduction in 1895, people across the US and the UK were afflicted with several ailments involved with X-rays. Dr. William Dudley, for example, underwent an experiment at Vanderbilt University in 1896. After an hour of exposure to radiation, the doctor noticed that a 2-inch bald spot had appeared on his skull. X-ray pioneer Elizabeth Fleischman, who had dedicated much of her life to this new science, died from complications associated with X-ray exposure. By 1900, techniques were already being improved to shorten exposure time and reduce the overall level of exposure. After the Coolidge Tube arrived on the scene in 1913, researchers and medical experts alike were able to capitalize on the stability of the tube in order to create safer, more consistent protective practices. By World War I, guidelines had been put in place to reduce the health risks for professionals in the field. In fact, workers of the day were required to work fewer hours and take more vacations in order to keep their skin and organs in a healthy state.

In 1928, the Second International Congress on Radiology produced a system for not only measuring radiation exposure in quantitative terms, they also laid the groundwork for future research. 1934 saw changes in the thinking of radiation exposure, where the classical thought was that a threshold existed for all humans where radiation could be absorbed with no negative effects. It was soon discovered that radiation came in different energy waves and concentrations, prompting more research and the normalization of equipment for personnel to detect unhealthy amounts of radiation. This further set the stage for more efforts in the field of protection for both staff and patients.

While the past held horror stories of overexposure and illness, today’s practices provide little concern for worry. All of our diagnostic imaging is safely done with minimal exposure. Next time, we’ll continue our blog by discussing artificial radioactivity and the innovations of the mid-1900s. If you are seeking imaging services in the Pittsburgh area, our radiologists are more than happy to help. Our focus on professionalism and quality imaging helps to make us a top choice in Pennsylvania. Contact us today to learn more or to schedule your appointment! 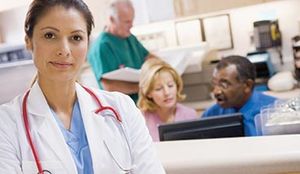 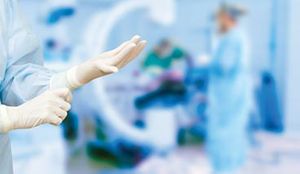